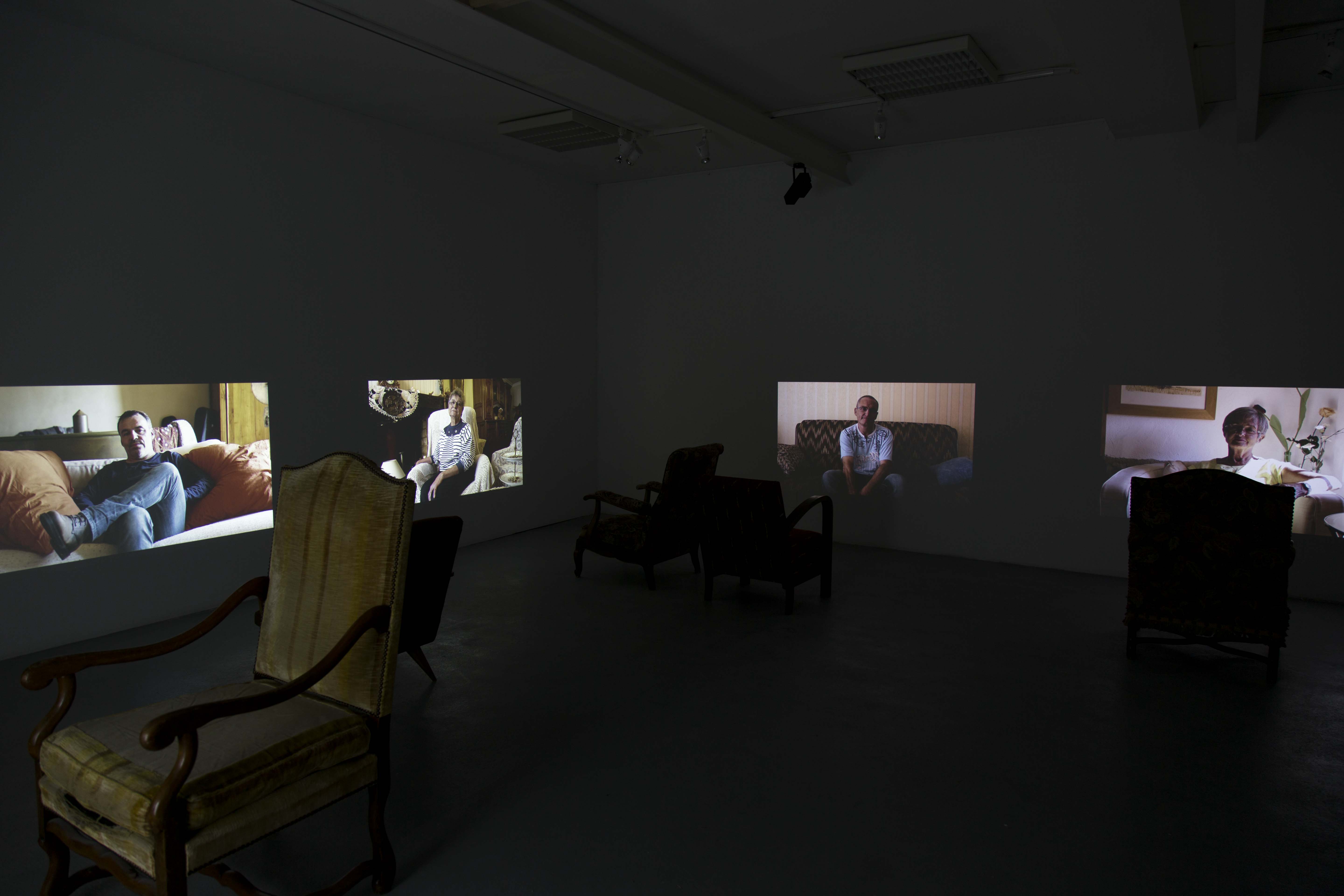 One after the other we can see portraits. In silence, they tell us about each individuals recorded. They are questioning the link between still and moving image.

While photography takes only a fraction of the model’s life, how to cope with the camera recording for several minutes?

By installing my camera in these unknown people’s home, I record their image until they show their impatience. I put the subject to the experiment that has become unusual in the capture of a digital portrait by asking him to take the time to be represented.

Asking them to stare at the camera becomes a real struggle. Beyond the act of donating their image, they also give a part of themselves in a painful exercise. This capture process is similar to the making of the first photographic portraits in the mid-nineteenth century.
The fleeing look and the urge to speak are so many mimics that reveal the personality of the subject. A dialogue is then installed through this gesture.